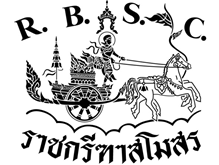 Racing in Thailand began over a century ago.  In 1890, when an English man by the name of Franklin Hurst submitted a request to rent a piece of land in Sra Pratum to hold occasional horse racing, gymkhanas, cycle races, et cetera. In 1892, Mr. Hurst was granted the lease of land, which would become known as the Royal Racing Course, and started operation. Several years later, Mr Franklin Hurst ended such activities.

Later, a group of gentlemen led by Mr A. E. Olaroffsky submitted a request to King Rama the Fifth to seek His Majesty’s approval to establish a Club in Bangkok for the purpose of improving the standard of horse breeding, the holding of race meetings and other sports. On 6 September 1901, King Rama the Fifth granted the Royal Charter, which gave birth to the Royal Bangkok Sports Club. The King also instructed the Club to obtain, by taking a lease or by any other means, the piece of land known as the Royal Racing Course, as the site of the Club. That piece of land is still the site of the Royal Bangkok Sports Club today.