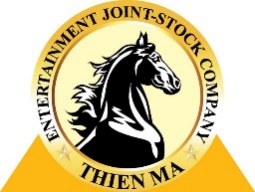 Horse racing officially began in Vietnam with the formation of the Saigon Horse Racing Association in 1893. It was a sport dominated by French military officers. The racecourse was built in the centre of the city and racing continued until the advent of the First World War. In 1932, a new race track was built in Phu Tho district and it still stands today. Stopped during the Second World War, racing re-started after the war with local Vietnamese management. It continued until Saigon was liberated in 1975.

After 1975, with the prohibition of gambling, racing became unlawful and the race course stopped.

In 2004, cooperating with Phu Tho Sports Club under the management of Sports and Gymnastics Office of Ho Chi Minh City, Thien Ma Company Limited jointly managed Phu Tho horse racing track. After being renovated and upgraded, the race course was unveiled again in February 2005 as Saigon Racing Club. Saigon Racing Club became a full member of the ARF in 2010 at the 33rd Asian Racing Conference in Sydney.

Phu Tho Racecourse stopped operations at the end of May 2011 with the city planning to move operations to Madagui – Lam Đong province with an area of 300 ha.

To keep on operating racing activities in Vietnam as a full member of Asian Racing Federation, the Board members of Thien Ma Company Limited (now Thien Ma Entertainment Joint Stock company) decided to move to Lam Dong province to invest in a complex for breeding, training and racing at hamlet 4, Da Oai Commune, Da Huoai District, Lam Dong Province. This was approved by the Lam Dong people committee in 2006.