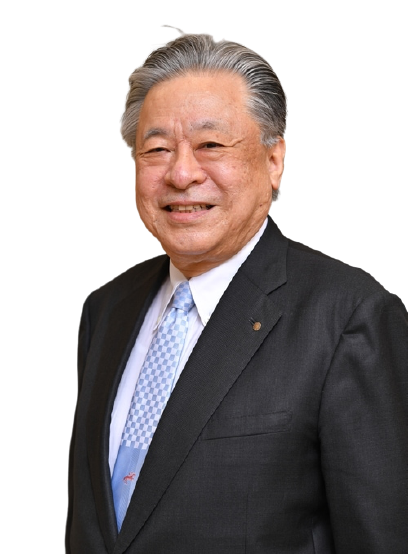 Mr Goto joined Japan Racing Association (JRA) in 1975. He has held management positions including Chief Representative of JRA New York Office, Manager of International Strategic Planning Section, Deputy General Manager of Customer Services Department and General Manager of Corporate Strategies Planning Department before being appointed to the JRA Board of Directors in 2006. During his tenure as a Director, he was responsible for Corporate Planning and Finance. Mr Goto was appointed as the Executive Director in March 2011 and was responsible for Racing Administration Policies, Stable System and Breeding Affairs. In September 2014, he was appointed as the President and CEO of JRA.

In October 2021, Mr Goto was elected as one of the four Vice Chairs of the International Federation of Horseracing Authorities, the world’s highest thoroughbred racing authority.

He is very fond of listening to music from the 1950s to 60s, and his love for the Liverpool Sound, especially The Beatles, is very well known to those in the horse racing circles who have attended the Japan Cup.

Born in October 1951, he lives in Tokyo with his wife. They have two sons.